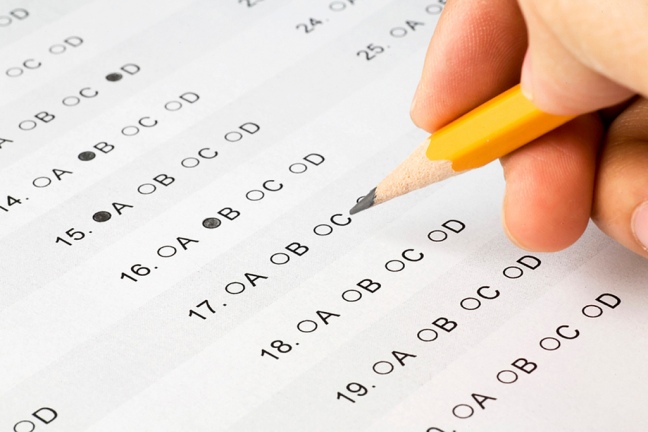 The school experience makes a tremendous difference in a child’s learning. Which of the following students would you rather be?

I continued to do arithmetic with my father, passing proudly through fractions to decimals. I eventually arrived at the point where so many cows ate so much grass, and tanks filled with water in so many hours. I found it quite enthralling.

“She can’t do Addition,” the Red Queen interrupted. “Can you do Subtraction? Take nine from eight.”

“Nine from eight I can’t, you know,” Alice replied very readily: “but—”

“She can’t do Subtraction,” said the White Queen. “Can you do Division? Divide a loaf by a knife — what’s the answer to that?”

“I suppose—” Alice was beginning, but the Red Queen answered for her. “Bread-and-butter, of course.”

“She can’t do sums a bit!” the Queens said together, with great emphasis.

— Lewis Carroll
Through the Looking Glass

If you could lead through testing, the U.S. would lead the world in all education categories. When are people going to understand you don’t fatten your lambs by weighing them?

What Good Are Tests? 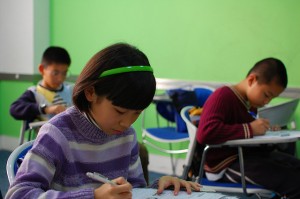 I don’t know whether standardized tests actually provide much information about individuals, other than whether the student is good at taking standardized tests. Tests can let us accurately compare large groups of similar students — but if that was all the testers wanted, why require the students’ names?

So much depends on:

I’m always grateful if my students do well on the tests, because that can forestall problems with authorities or extended family, and good test scores will eventually help with college admissions. But I’ve never, ever felt the scores gave me any information I didn’t already know from working daily with the student.

If you live in a state that requires standardized testing, or if you want to see the test scores to satisfy your own curiosity, please don’t let that affect your attitude toward math education. Keep playing around with math the mathematician’s way — and add test preparation as a separate area of study. Work through one or more test prep books in the months before a high-stakes standardized test. There are many factors we can’t control, but at least we can make sure our students are as familiar as possible with the test format and the types of questions they will see.

But if you want to know how well your homeschool math program is working, don’t worry about testing. Pay attention to your children:

If so, then be assured: your children are already miles ahead of most of their peers. Their foundations are solid, and the details will eventually fall into place as you continue to play with mathematical ideas together.

Check out this post: How to “Teach to the Test”.

This post is an excerpt from my book Let’s Play Math: How Families Can Learn Math Together—and Enjoy It, now available at your favorite online book dealer.

2 thoughts on “In Honor of the Standardized Testing Season…”