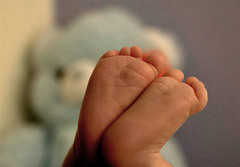 [Photo by gabi menashe.] This story is continued from Alexandria Jones and the Eighty-Yard Drive…

There was a time-out on the field, and the Jones family sat down for a brief rest. Sam asked, “How do babies decide when it’s time to be born?”

“Well, son, it has to do with numbers. You see,” Uncle Will explained, “the baby spends his first month thinking about the number one.”

“That’s not much to think about,” Sam said. “But I suppose he can’t handle much at that age.”

The Wonder of Numbers

Alex shook her head. “One is an interesting number,” she said. “It’s one of only two numbers that are their own square root, and it’s the only number that you can multiply by without changing your answer.”

“The second month, the baby contemplates the number two. . .”

“The only even prime,” Leon said.

“And so on,” Uncle Will continued, “until he gets to the number nine. Then the baby gets so excited about the magic powers of nine, that he just can’t sit still any longer.”

“You can’t get rid of it,” Leon said. “No matter what you multiply nine times, if you add up the digits, it comes back to nine.”

Uncle Will nodded. “That’s called casting out nines, and it’s a useful trick. Maybe I’ll explain it to you sometime. . .”

[For more interesting facts about numbers, visit What’s Special About This Number?] 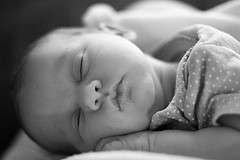 After the game, Uncle Will drove Alex and Leon to the hospital, where they finally met their new baby sister, Renée Bonita Jones.

November 20 is the birthday of Benoit Mandelbrot, who discovered the Mandelbrot set and coined the term fractal. Watch for more about him in our next issue, which will be devoted to fractals and chaos theory.

Read all the posts from the November/December 1999 issue of my Mathematical Adventures of Alexandria Jones newsletter.