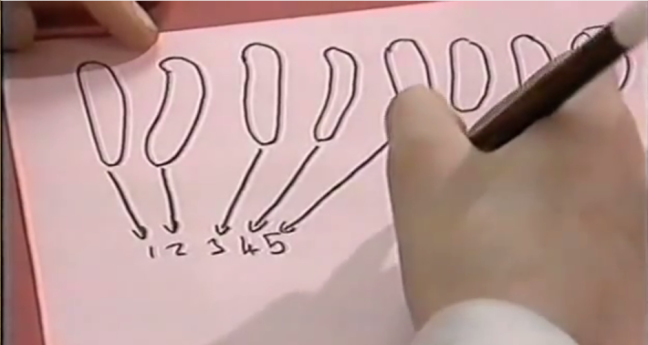 [Feature photo is a screen shot from the video “the sausages sharing episode,” see below.] 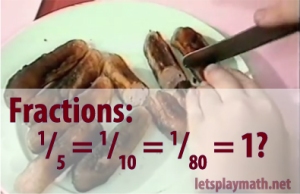 No, not nonsense. This is real-world common sense from a couple of boys faced with a problem just inside the edge of their ability — a problem that stretches them, but that they successfully solve, with a bit of gentle help on vocabulary.

Think for a moment about how you (or your child) might solve this puzzle, and then watch the video below.

What Do You Notice?

Here’s What I Noticed

I saw five things worth remembering when you talk math with your kids:

Most remarks made by children consist of correct ideas badly expressed. A good teacher will be very wary of saying ‘No, that’s wrong.’ Rather, he will try to discover the correct idea behind the inadequate expression. This is one of the most important principles in the whole of the art of teaching.

I also noticed that the intuitive method of counting the boys invented at first was the same way Egyptian fractions worked. In Egyptian, the exact, correct answer would have been written as a mixed number:

And finally, I noticed how wonderfully many “ones” the boys used to make their fractions: one sausage, one half-sausage, one plate of sausages, and one “bit” of sausage. Each of these was used as the unit at least once during the discussion.

Which brings one more video to mind:

For more about the many meanings of one, see the questions and activities at this TED-Ed video page. For tips on talking math with your kids, please see Christopher Danielson’s blog. And for more on Egyptian fractions, read The Secret of Egyptian Fractions featuring the resourceful Alexandria Jones.

Share your ideas in the comment section below. How would YOU have divided the sausages? Did you ask your kids? What did they say? I wonder how many different ways can we think of to do it….

Many thanks to Tracy Johnston Zager (@TracyZager) who shared the sausage math video on Twitter. 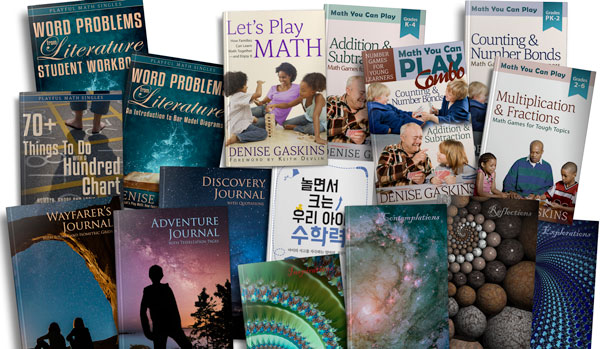